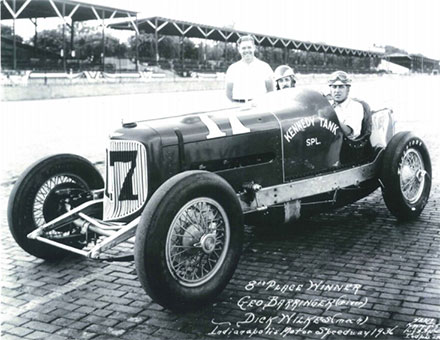 His second book Indy 500 Recaps The Short Chute Edition is in its 6th edition and includes a summary of every Indy 500 race, as well as records and all driver’s results. A picture of the Kennedy Tank Special on the cover of the first trivia book resulted in the actual car that competed in the 1948 & 1949 Indianapolis 500 to be found, purchased and refurbished back to the livery of the day. The car has been driven every year at vintage car events by Pat Kennedy at the Indianapolis Motor Speedway. 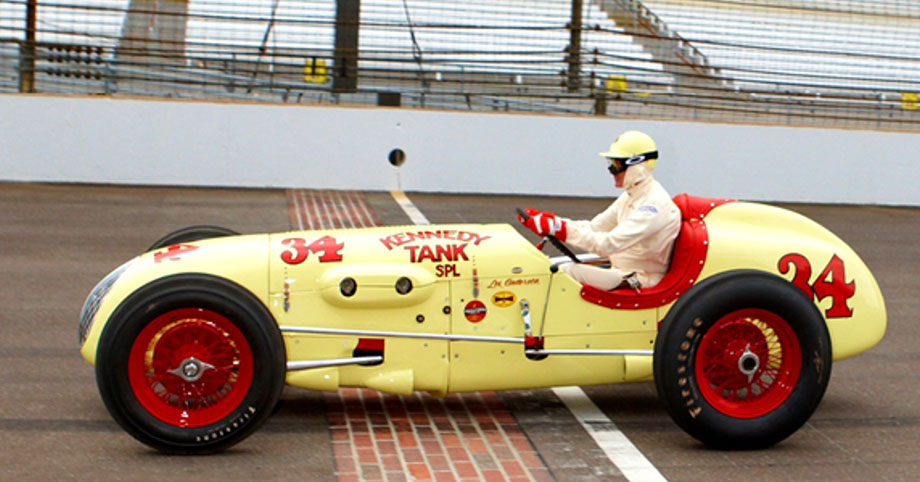 *Les Anderson could not get car up to speed in practice and replaced himself with Bill Cantrell.
**Test driven by Two Time Formula 1 World Champion Alberto Ascari.
***Donald Davidson – Indianapolis Motor Speedway Historian helped with the History of the Kennedy Tank Special.